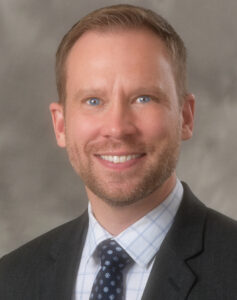 Michael Riecke serves as an Assistant Professor of Broadcasting and Mass Communication in the School of Communication, Media and the Arts at SUNY Oswego. He teaches courses in broadcast and digital journalism and on-air performance.

Riecke’s career in broadcast and digital journalism began in 2000.  Since then, he’s worked as a reporter, photographer, producer and anchor. He covered the 2004 tsunami in Southeast Asia from the battered shores of Sri Lanka and provided live coverage from the Gulf Coast following Hurricane Katrina in 2005. Riecke’s work has received honors from the Associated Press, the New York State Broadcasters Association, the Syracuse Press Club and the Broadcast Education Association. He continues to produce content for broadcast and digital platforms as a reporter and producer.

Riecke serves on the Board of the Directors of the Syracuse Press Club and chairs the DeVesty-Williams Scholarship for College Journalists. 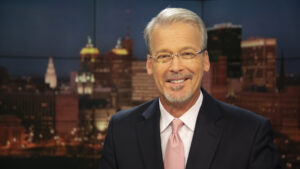 Steve Brown is the Investigative Reporter at WGRZ in Buffalo, NY.

Steve has spent a lifetime in journalism after graduating from Canisius College in 1983. He’s been honored with multiple award including six regional Murrow Awards, four of which he’s collected while working for 2 On-Your-Side. In 2019, he won a national Murrow Award for his short documentary about a man who sought to have the Catholic Church admit a priest was his biological father. Before coming in Buffalo, Steve spent 15 years as a correspondent for Fox News.

As a single father of three sons, Steve still finds time for cycling, cooking and charity work. He worked with the local chapter of the Cystic Fibrosis Foundation, the Niagara Falls Fire Fighters Christmas Toy Fund and the Food Bank of WNY. 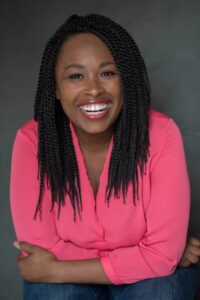 Michelle Garcia is an editor at NBC News overseeing NBCBLK, its vertical covering Black America. Over the last decade, Michelle has covered major social movements across the U.S., including the fight for marriage equality, #MeToo, and the Black Lives Matter movement, to name a few. She was named to Folio’s list of 20 in their 20s, won a GLAAD Media Award with her staff about the advancement of the HIV treatment drug Truvada, taught at CUNY Graduate School Journalism, and has coached several writers along the way. Previously, Michelle was an editor at Vice, Out, Vox, Mic, and The Advocate. She’s a 2006 graduate of SUNY Oswego’s journalism program. She lives somewhere in New Jersey with her husband, toddler, and excellent dog. 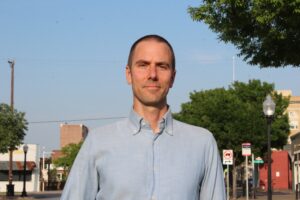 Bret Jaspers is politics reporter for KERA. His stories have aired nationally on the BBC, NPR’s All Things Considered, Morning Edition, Weekend Edition, and Here & Now, and APM’s Marketplace. Prior to KERA, Bret reported on politics and the Colorado River basin for KJZZ in Phoenix, and before that was managing editor at WSKG in upstate New York. He got his start in radio as an intern and temp producer at WNYC. Awards include three 2020 Regional Murrow Awards for reporting at KJZZ, one for Hard News, and two as part of KJZZ’s series Tracing the Migrant Journey. That series also won a 2020 Kaleidoscope Award, given for excellence in covering an issue of race, ethnicity, sexual orientation or gender. Bret is a member of Actors’ Equity Association, the union of professional stage actors. 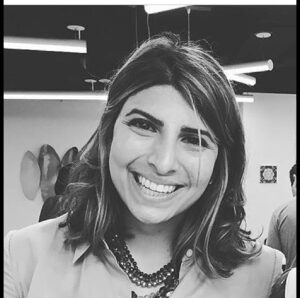 In her capacity as a Legal Fellow at the Cornell Law School First Amendment Clinic, Ava Lubell provides pro bono legal advice to NYC metro area journalists on a range of First Amendment issues arising from newsgathering and publication. Previously, Lubell served as the General Counsel of Quartz Media. Quartz focuses on global business news and has reporters based in cities around the world, including New York, London, Hong Kong, New Delhi, Nairobi, and San Francisco. In her role, Ava directed legal strategy and worked directly with the newsroom, product, and business teams. Prior to Quartz, Ava worked at Slate as General Manager & General Counsel where, in addition to overseeing Slate’s legal work, she managed the division responsible for day-to-day operations of the business (including HR, IT, and facilities).  Ava served as Special Assistant for Briefing under New York Governor Andrew Cuomo, and as the Political Director for the Women & Politics Institute at American University. She is a graduate of NYU Law School and Brown University. She’s an affiliate member of the NYC Bar Association Communications and Media Law Committee. 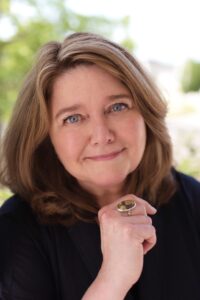 Connie Schultz is a Pulitzer Prize winning, nationally syndicated columnist for Creators Syndicate, and Professional in Residence at Kent State University School of Journalism. She won the Pulitzer Prize in 2005 for Commentary for columns that judges praised for providing “a voice for the underdog and the underprivileged.”  She also won the Robert F. Kennedy Award for Social Justice Reporting and the Batten Medal, which honors “a body of journalistic work that reflects compassion, courage, humanity and a deep concern for the underdog.”

Schultz is the author of three books published by Random House: “Life Happens – And Other Unavoidable Truths,” a collection of essays, and “…and His Lovely Wife,” a memoir about her husband Sherrod Brown’s successful 2006 race for the U.S. Senate. Her first novel, “The Daughters of Erietown” was released in June and is a New York Times bestseller.

Schultz and her husband have four grown children and seven grandchildren. They live in Cleveland, Ohio with their rescue dogs Franklin and Walter.